In honor of the 30th anniversary of the Disney animated classic and its historic Academy Award nomination for Best Picture, The Wonderful World of Disney and ABC will present Beauty and the Beast: A 30th Celebration. This two-hour animated and live-action blended special will pay tribute to the film and its legacy by showcasing the fan-favorite movie, along with new memorable musical performances, taking viewers on a magical adventure through the eyes of Belle. The special airs Thursday, Dec. 15(8-10 p.m. EST) on ABC, and will be available the next day on Disney+.

Jon M. Chu (Crazy Rich Asians), who is currently in an overall deal with Disney Television Studios, is set to executive produce with Hamish Hamilton set to direct. The talented cast, whose performances will be seamlessly woven through the original feature film, will be announced at a later date. The special includes live never-before-seen musical performances and features brand-new sets and costumes inspired by the classic story. Each performance is created to pay homage while also adding to the story. Songs from the original animated classic will be performed in front of a live audience at Disney Studios.

“Beauty and the Beast was always a game-changing cinematic experience for me,” said Chu. “When the animated movie came out, I watched it multiple times in the first weekend. It showed me the outer limits of what animated artists and storytellers could achieve, so the fact that I get to executive produce a tribute to all the creatives that made this masterpiece through our Electric Somewhere company is a dream I didn’t even think was possible. With world-class creatives and talent to reinterpret the classic musical numbers (with a few surprises), I can’t wait for the audiences, in person and at home, to experience what we have in store for them. It’s a true celebration of creativity.” 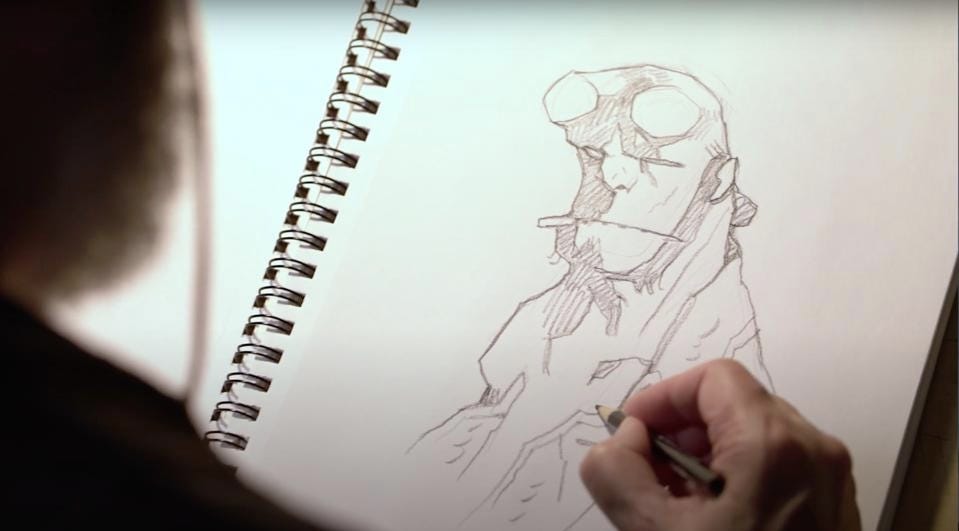 The evening will begin with a special 35mm archive print screening of Universal Studios’ iconic Bride of Frankenstein, the James Whale-directed film which has inspired Mignola’s storytelling for decades. Attendees will be able to purchase a limited-edition 18” x 24” Secret Movie Club poster featuring Hellboy, the Frankenstein monster, and the monster’s bride, by Mignola and award-winning colorist Dave Stewart. The event will begin at 6 p.m. Advance ticket and poster sales are available now. 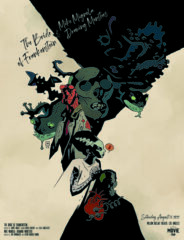 Synopsis: When Mike Mignola created Hellboy, he unleashed a visionary comic-book character and launched an entire universe populated by unique heroes and creatures, misfits and monsters. Featuring in-depth interviews with Mignola alongside appearances from the likes of Patton Oswalt, Guillermo del Toro, Neil Gaiman, Rebecca Sugar and Victor LaValle, Mike Mignola: Drawing Monsters is a film for fans of the Hellboy universe and the Hellboy movies, but more than this, it’s a film for anyone interested in creativity and the imagination.

The documentary was originally crowdfunded on Kickstarter, where it generated more than half a million dollars in pledges from backers. It will be appearing at film festivals throughout the year; follow its progress on Twitter.

In celebration of the critically acclaimed new film, Inu-Oh, the American Cinematheque in Los Angeles and GKIDS will co-present a retrospective for one of the most visionary artists in all of animation, Masaaki Yuasa. Yuasa made his big screen debut in 2004 with the cult favorite Mind Game, and went on to direct the wildly popular animated films Lu Over the Wall; The Night Is Short, Walk on Girl  and Ride Your Wave, each of which were produced by his animation studio, Science SARU. The filmmaker will appear in person to discuss this impressive body of work, including his latest, Inu-Oh.

Topics #Alternative #Beauty #Health Care #Medicine #Popular Diets
Don't Miss it Menopause weight loss: ‘Ideal’ time to eat dinner so you
Up Next ‘Beauty and the Beast’ Set as ABC’s Next Live-Action &